You are here: Home / Finances

WADSO has been a fully accredited 501c3 non-profit organization registered in Colorado since 2001. During 2012-2013, WADSO transitioned from being a Catholic non-profit to being independent. Because WADSO’s income and activity was less than $50,000 from that time through June 2014, WADSO filed form 990-N per IRS requirements. WADSO’s fiscal year is July 1 – June 31. 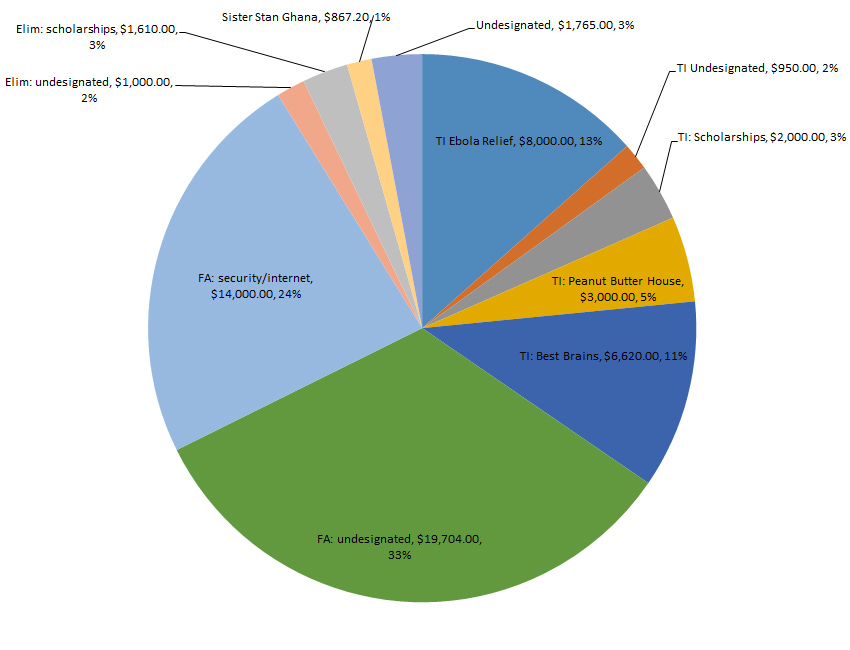 Please contact us if you want more detailed information.

100% of YOUR donations go directly to West Africa. 100% of operating expenses are covered by WADSO Board of Directors.
Read more...