In rural parts of Ghana, children born with a physical deformity, disability, or anomaly such as twin pregnancy are considered “spirit children.”  Infants who are born with disabilities are often “sacrificed” because they are considered a bad omen.

Rev. Sister Stan Terese M. Mumuni, a Ghanian sister in the Marian Sisters of Eucharistic Love (MASEL), is doing something great to save these children. She founded a Catholic orphanage (Nazareth Home for All God’s Children) that welcomes children regardless of religion, tribal grouping, income, language, social or educational background, or extent and severity of physical disabilities.  Sister Stan negotiates with parents to bring these little ones to her orphanage.  The first goal of the ministry is to rescue the children and then, in time, to demonstrate to the parents and community at large that the children are not “evil spirits” and that they can and should be loved and cared for.

She describes her response to this evil, saying, “We give ourselves to God for the service of persons who are poor; we meet the marginalized, and those cut off from the sunlight of companionship in our large human family.  We are called to the vocation of love.”

In December of 2010, WADSO financed a team of volunteer engineers, architects and other design professionals under the auspices of EMI (Engineering Ministries International) to travel to Yendi in Ghana, Africa.  Their goal was to develop a plan for the infrastructure and buildings which would house orphans who lived in run-down conditions with no running water in the village of Sang.

Phase I of the orphanage was completed in 2014 and now houses the children! Future phases include a primary/secondary school, a vocational school, a medical facility, and an animal and vegetable farm.

For those interested in following the progress of the orphanage or to donate, please go to Sister Stan’s Children, a nonprofit public charity based in Nashville, Tennessee. WADSO successfully completed our funding for the Nazareth Home in Ghana. 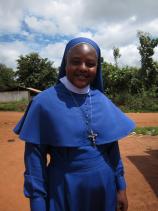 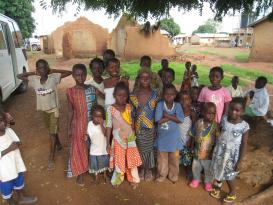 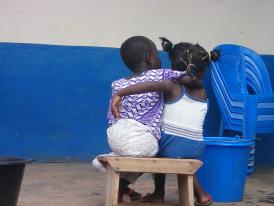 Context: The Catholic Diocese of Yendi is a very rural diocese situated in the northeastern province of Ghana amid the Muslim territory of the Sahel region of West Africa.  The majority of the people are illiterate.  The boys are expected to till the land and girls are often given out in marriage as soon as they reach the age of puberty. Coupled with the above situation of illiteracy and poverty is the fact that in 1994 there was a very brutal ethnic war which led to the destruction of many lives and properties, the effect of which causes untold suffering to this day.

100% of YOUR donations go directly to West Africa. 100% of operating expenses are covered by WADSO Board of Directors.
Read more...